The first sacred building on this site dated from the 4th century CE and was demolished in 592. Rebuilt under Bishop Vittore, the cathedral was constructed according to the Byzantine canons of the time. Between 831 and 1072, Arabs dominated Sicily and the building was repurposed as a mosque. Following the Norman Conquest in 1072, the building was converted back to a Christian Church.

The exterior retains the mixture of northern European architecture brought by the Normans, with stones retained from the mosque and a decorative program executed by the Arab craftspeople who worked on it. Currently, the cathedral retains its mosaic floors, but the Byzantine mosaics of the walls and ceiling were removed during the Renaissance remodeling of the building. The building itself is fairly incoherent, given all the remodeling and rebuilding that has gone on, but the Eastern (apse) façade retains the least altered surfaces and most clearly reflects the beautiful fusion of Arab and Norman ideas. 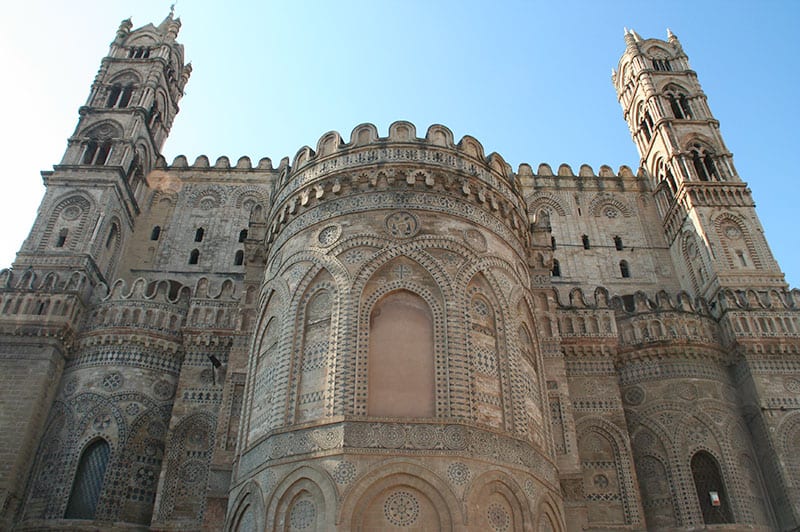