Thatbyinnyu
Thatbyinnyu Temple -- Bagan, Burma -- Buddhist
Third drawing in the Anastylosis Project
Researched and drawn while artist-in-residence at the Center for the Study of Religion and Culture, Payap University, Chiang Mai, Thailand - 2001-2004

Thatbyinnyu is one of the 2,229 Buddhist temples remaining in Bagan, Burma. (There were originally more than 10,000.) It was built of brick with stucco overlay and decorations. Closely related to Indian architectural forms, this gu-style building has inner shrines used for meditation, hallways and stairs which are shown in a darker value in the drawing. The brick pattern was drawn next, which I then covered with a layer of translucent gesso “stucco” as a base for the exterior decorations, leading to a suggestion of the drawing as an x-ray. This also references the medieval idea that a representation should include everything known about the object or person being shown.

Heavily damaged over the years, often by earthquakes, the temples of Bagan have been restored in a piecemeal fashion that has been widely condemned by art historians. The “gilding” of the various temple stupas and finials is usually gold paint. The original decorative panels have been replaced with cheap, mass-produced tiles.  To represent this shoddy work, the tiles are represented in this drawing by sections of tourist brochures and the gilding of the stupa was done with cheap gold leaf sold on site to be part of worshipper’s offerings. Despite the number of temples in Bagan and the important inscriptions there, obtaining a UNESCO World Heritage site designation has been a fraught process, mainly because of these botched restorations. 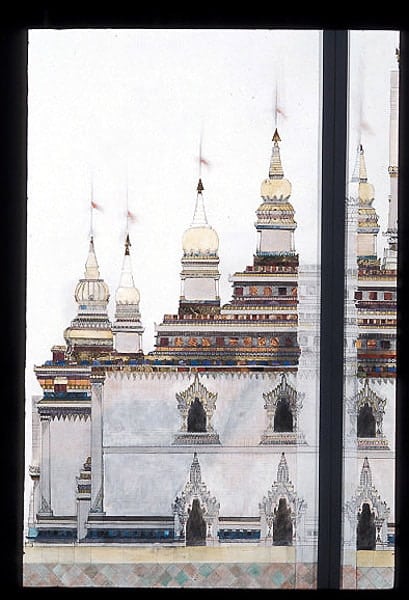 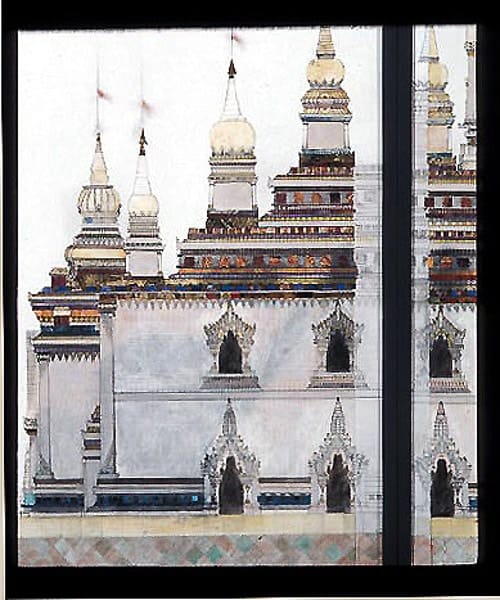 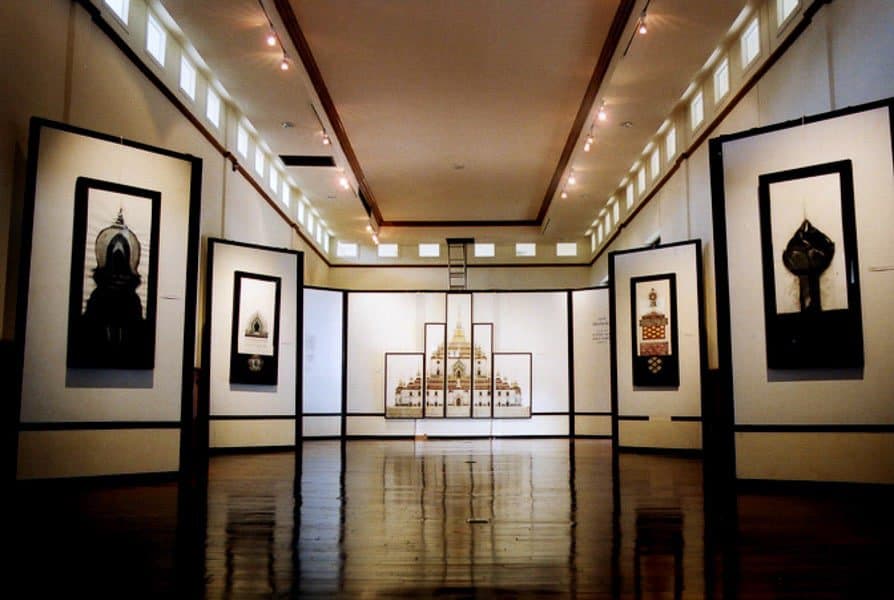 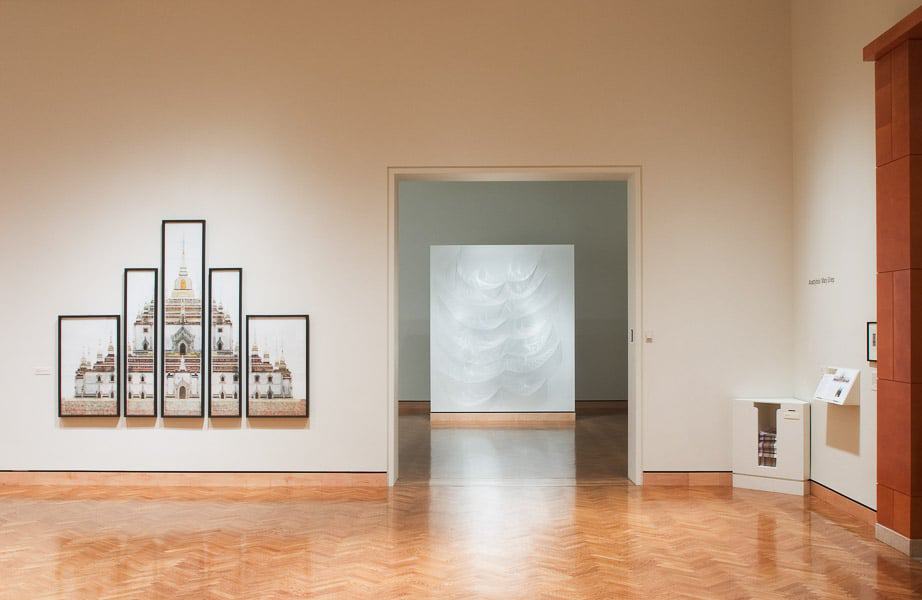 Thatbyinnyu Temple drawing installed at the Minneapolis Institute of Art in 2007. (Image visible through the doorway is by Janjte Visscher.)
PROJECTS