The first mosque on the site of Santa Maria de la Sede was built in the 9th century under Umayyad rule. By 1171, the congregation had grown to the point that a new mosque was commissioned by Caliph Abu Ya’qub Yusuf. The minaret was built by his son in the Almohad style in 1198, using local bricks and recycled marble. The minaret itself is built on a foundation of stone reused from the former Abbasid Palace and the Roman City walls. The minaret was crowned with four precious metal spheres to commemorate al-Mansur’s victory over Alfonso VIII of Castile. (These spheres are visible in the drawing underneath the bells of the current tower.) The tower contains 35 ramps that wind around the perimeter of seven vaulted chambers.  The ramps (also faintly visible in the drawing) were designed to be large and sturdy enough to support the use of horses on them.

Following the Reconquista, the mosque was converted to a cathedral in 1248, retaining the mosque’s sahn (ablutions court, now known as the Patio de los Naranjas) and the minaret, which was repurposed as a bell tower. The spheres that topped the minaret were toppled in an earthquake in 1356 and were replaced with a cross and a bell in 1400. A new belfry was constructed atop the tower to house the bells. The weathervane, the “Giraldillo,” is a bronze sculpture of a woman carrying a flagpole (probably based on Pallas Athena.)

The classic Almohad style minaret can also be seen in North Africa, particularly in Morocco. Many replicas have been constructed around the world, including many in the U.S. (The design was used for the clock tower of the Milwaukee Road Depot in Minneapolis, unfortunately destroyed in a windstorm in 1941.) 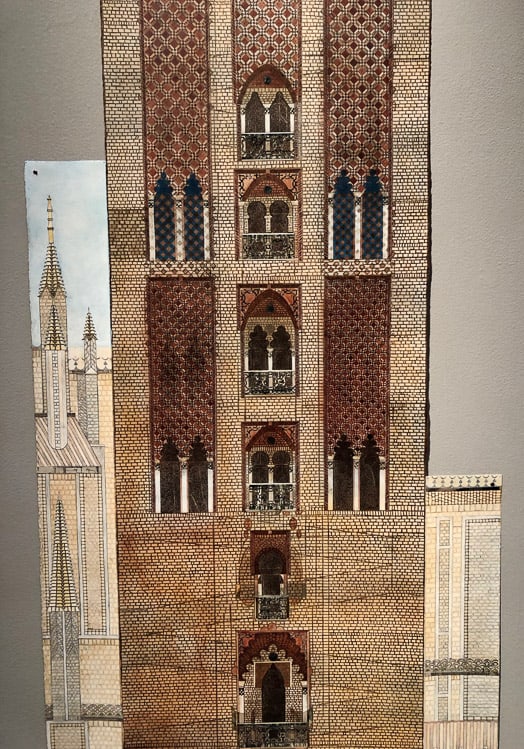 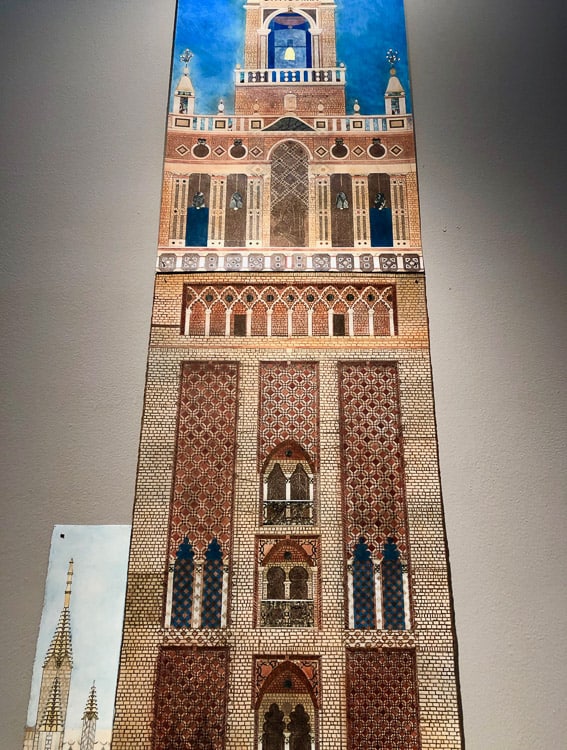 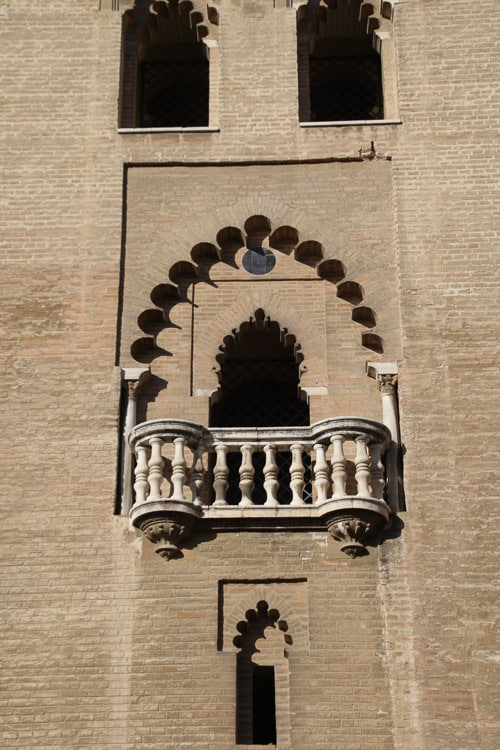 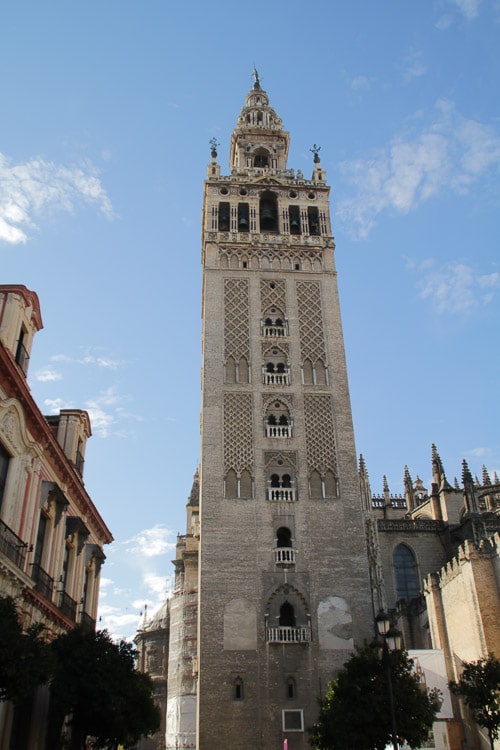