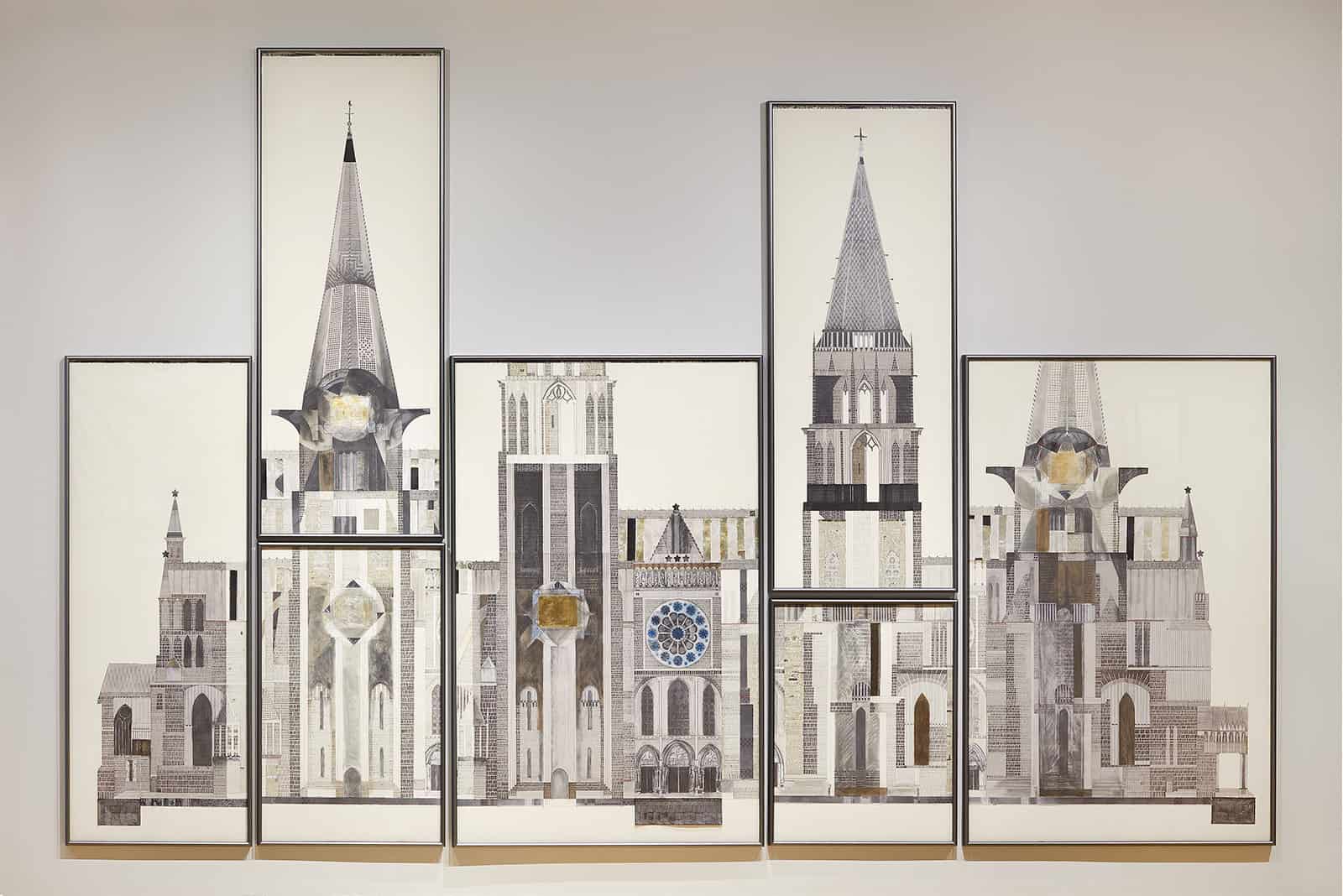 Façade is the first drawing in what has become the Anastylosis Project. The process of working through the challenges of this drawing set many of the “rules” for the subsequent works. These rules are:

As you look at this drawing, you will see a thin line of red bricks running from panel to panel. The line represents a reference course of masonry included by the original builders to ensure that the various sections, which they knew would be built over a long period of time, would line up. At Chartres Cathedral, it is a physical reminder leading to the structural and visual continuity of the building. For me, it represents the reference line of this entire project.

While a visitor cannot see the lead roof from the ground, it is an important element of the building. In contrast to the wooden roofs common at the time, the lead roof was less susceptible to fire. Fire was a terrible problem for early large buildings, as a burned roof often led to structural failure and collapse. The fact that so many 12th century buildings remain today is due in no small part to these lead roofs. To highlight this vital technological advance, the lead roof in the drawing is represented by panels of tarnished silver leaf. 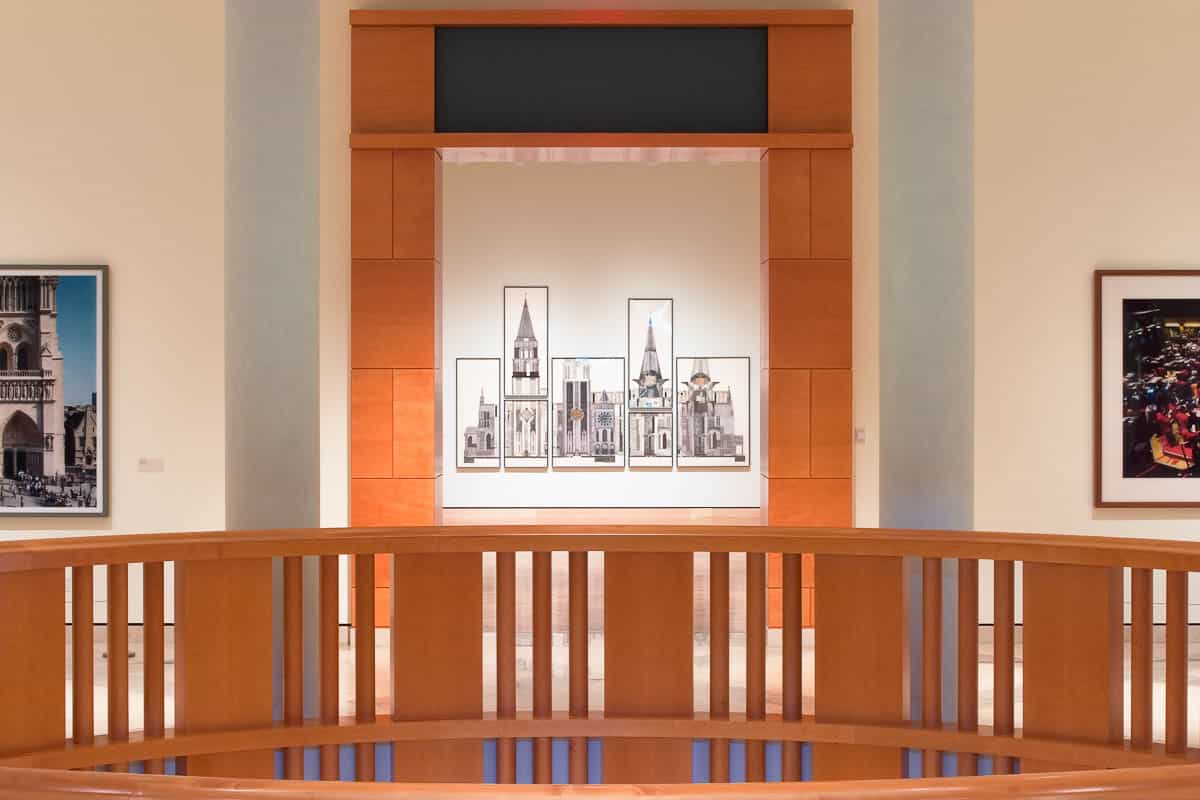 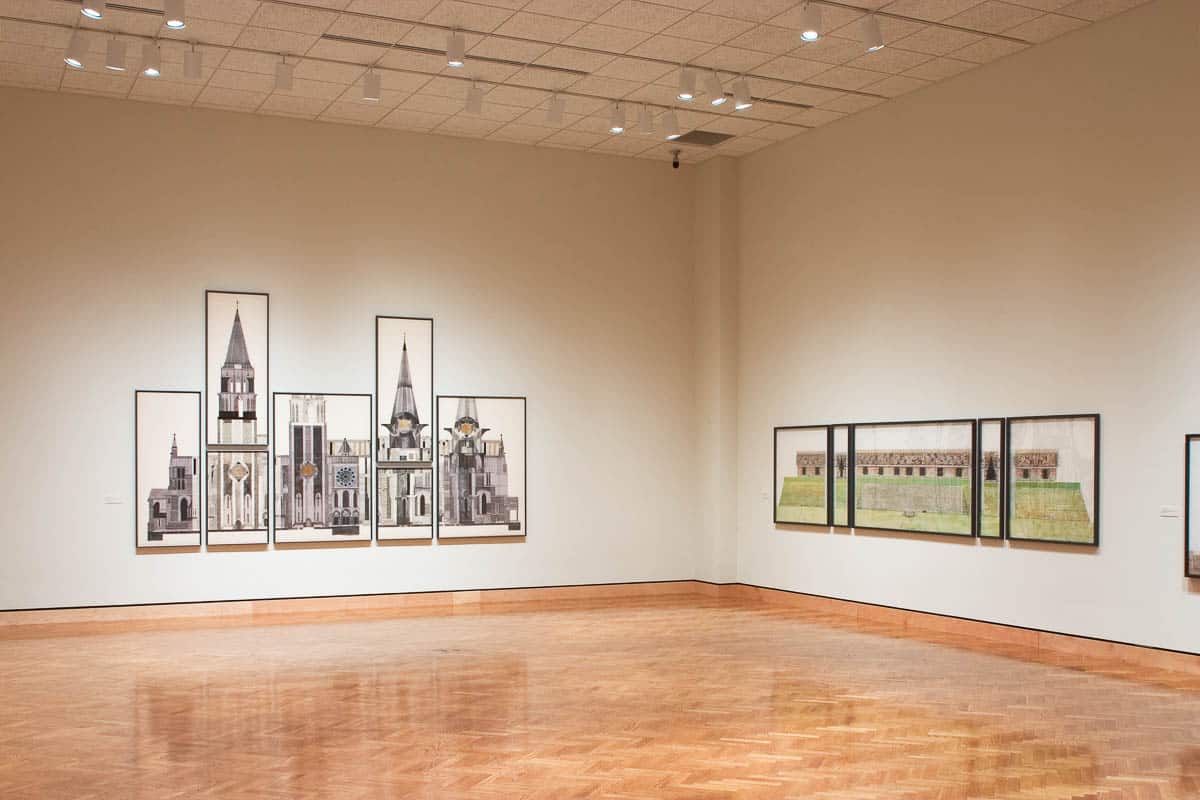 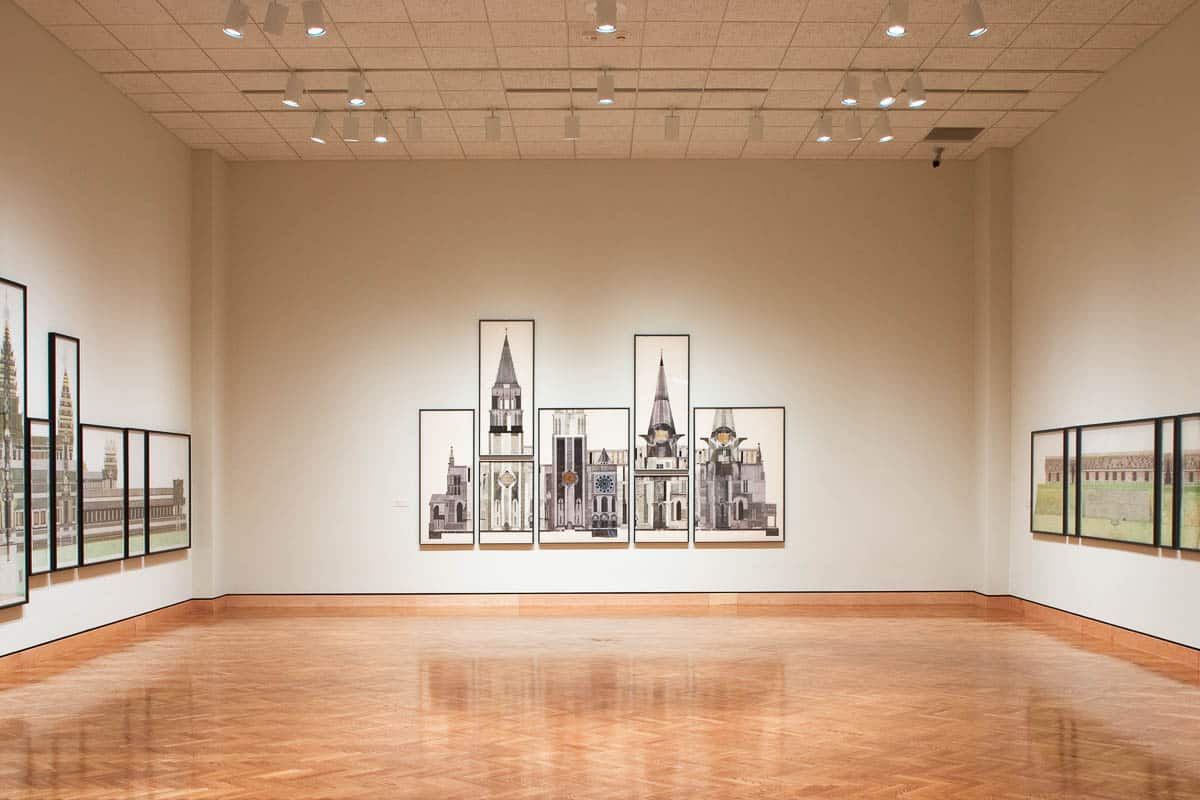