Pitaka Taik
First Buddhist library in Burma — Bagan, Burma — Buddhist
Seventeenth drawing in the Anastylosis Project
Original research conducted while artist-in-residence at the Center for the Study of Religion and Culture, Payap University, Chiang Mai, Thailand, 2001-2004; further research 2010 and 2014 in India; document research in 2018; drawn in 2019

As I approached a seventeenth drawing, I was thinking about the relationship between visuals and texts in my work. Over the years, I have included text in many projects (especially the Remembrance Drawings) and, of course, much of my research consists of reading. I am exploring how text might be a more visible part of the final drawing.

Thinking about how text informs my work, I revisited my extensive research from Southeast Asia and India. One of the buildings with which I was most taken was the Buddhist library, the Pitaka Taik, in Bagan, Burma. The name means “library of Buddhist scriptures” and it was built by King Anawratha to house documents captured in his conquest of Thaton. It is a “Gu” style building, also known in Burma as early “Bagan Cave Style.” The few windows and small internal chambers work to protect light sensitive manuscripts.

To create a surface reminiscent of scrolls and manuscripts of the era, I laminated numerous sheets of rice paper and determined that I would not frame the drawing in keeping with the Buddhist belief in the impermanence of all things. Texts used on the drawing are based on Pali and some English translations of contemporary descriptions that serve as an evocation of the materials once kept here. 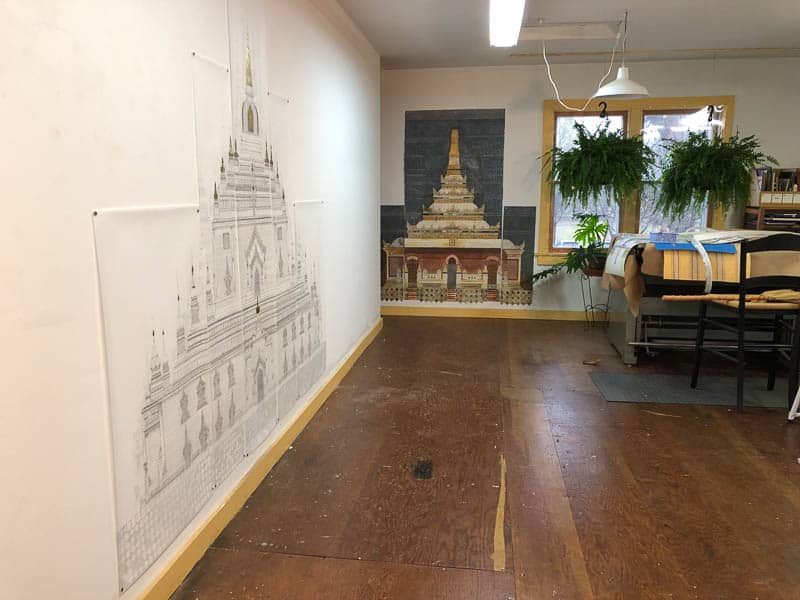 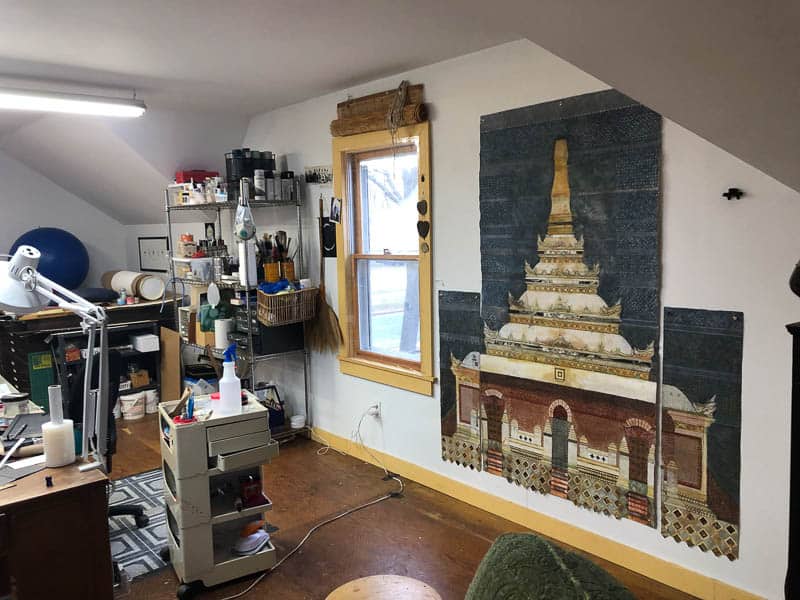