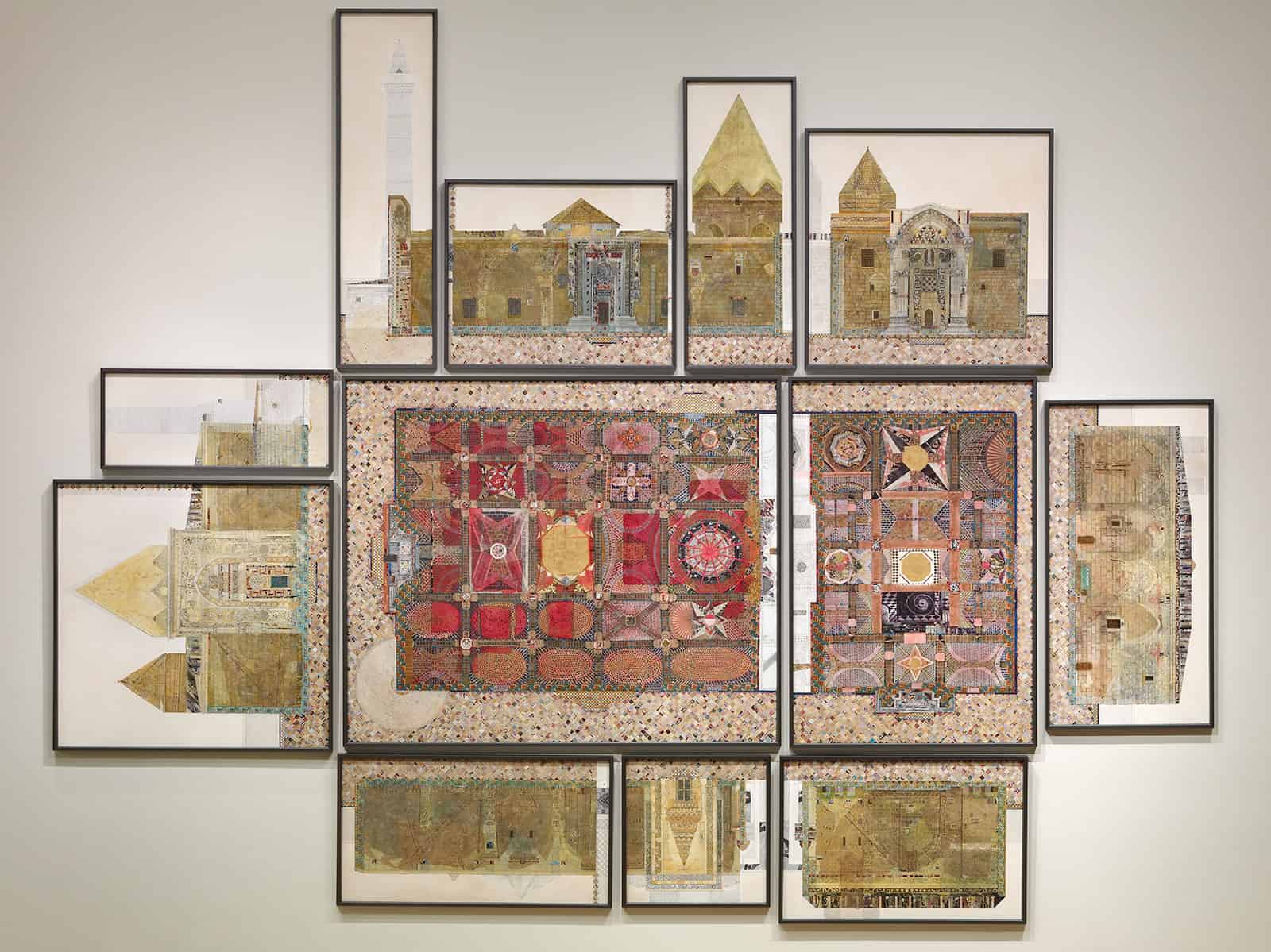 The 12th century is relatively early in the timeline of mosque architecture. Ulu Camii, the Great Mosque of Divrigi, was built by the Seljuks, a Turko-Persian group. The sultan who commissioned the mosque in “the middle of mountainous nowhere” hired masons from what is now Armenian Georgia. They used the familiar, small Christian churches of the time as a model for the interior.  The plain masonry walls with elaborately carved portals came from local examples of caravan serais – secular, rather than religious buildings, and it is doubtful that the original building even had a minaret (which is why I have drawn the existing minaret lightly on the backing board).

This drawing was a conceptual puzzle to me. Up to this point, all the drawings were elevations of the facades. But once I returned from Turkey to the studio with sketches, photos, and research, I found I couldn’t make a very interesting drawing of this site, just showing “the front side.” Once I figured out that the important part of a mosque is the floor, I decided to “unfold” the drawing to put the floor at the center.

The two central panels represent the floor with red rugs put down first. Then I added structural elements, including the carved vaults. The gold leaf represents light –- the oculus. Koranic verses appear in the vaulting and around the mihrab (the niche that orients the worshipper towards Mecca). The blue vining pattern defining the structure of the building was inspired by border patterns from a Koran.

This drawing is x-ray-like. The interior arches and details were drawn first, then the exterior stonework and architectural details were drawn on top of that with tissue sewing pattern papers laminated on to get the warm tones of the stone. 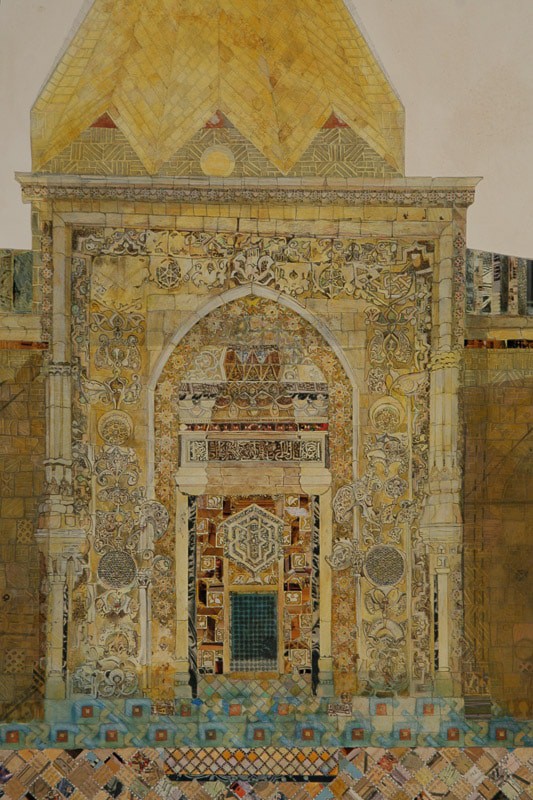 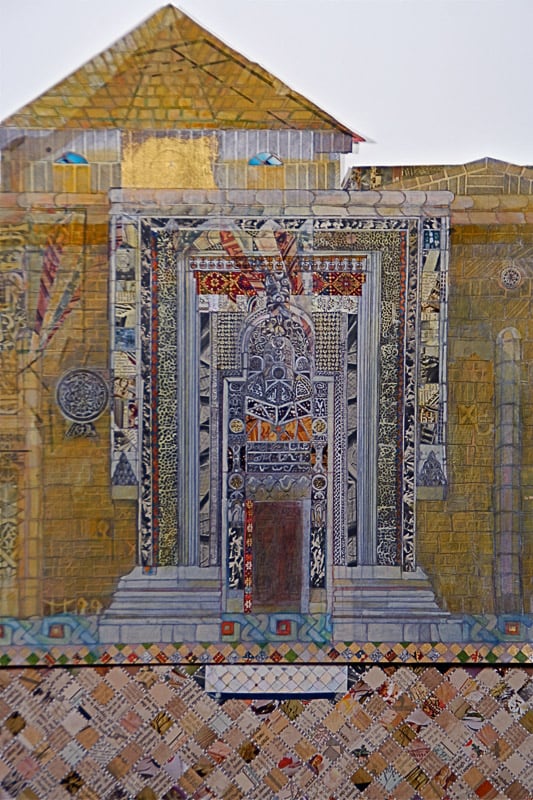 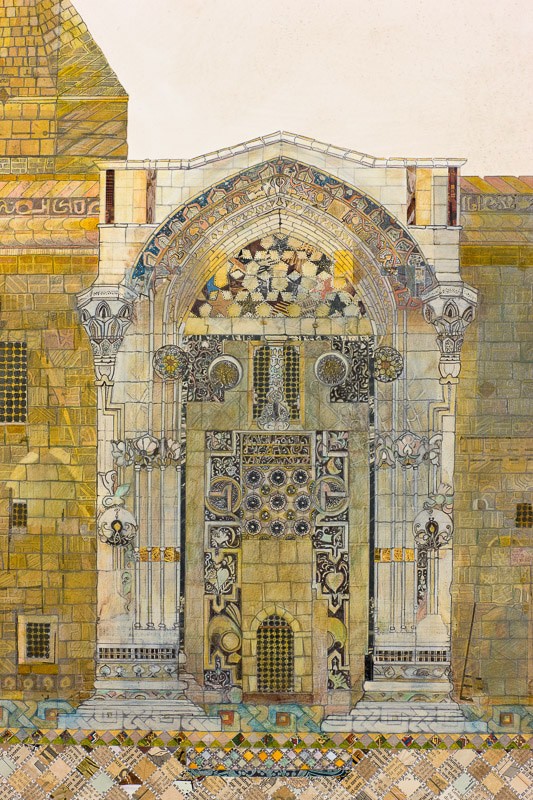 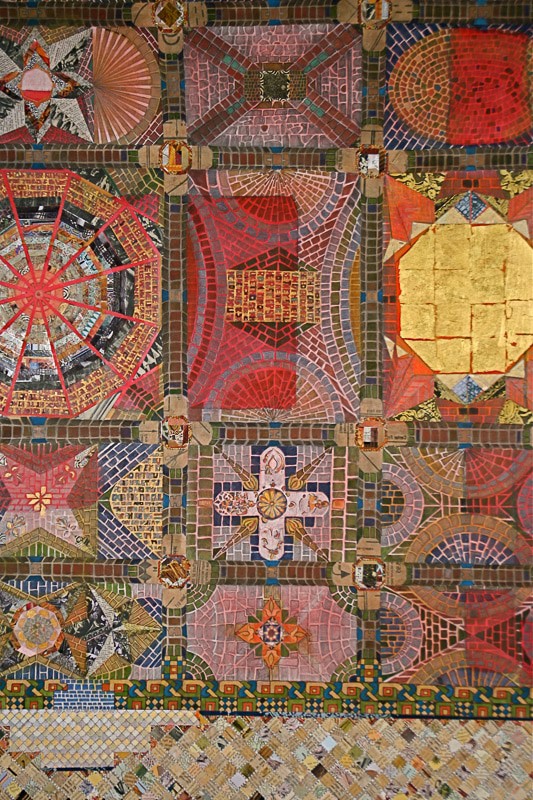 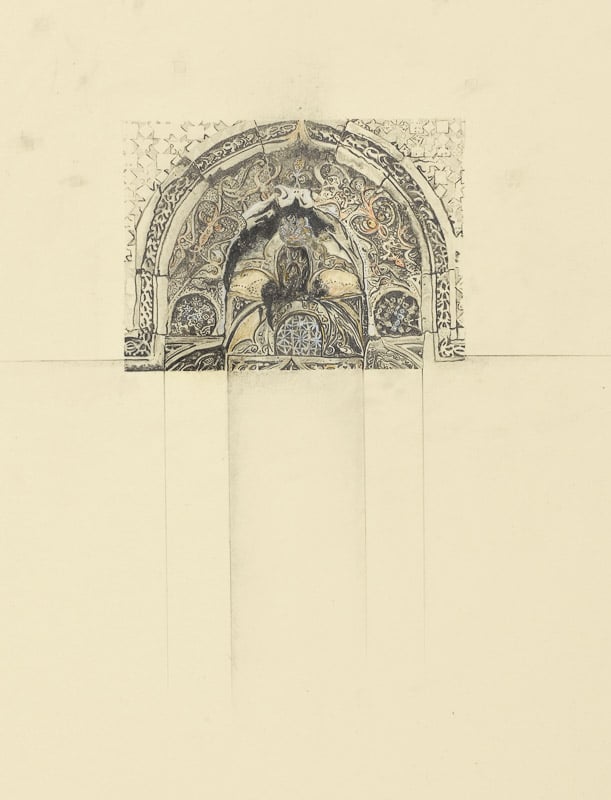 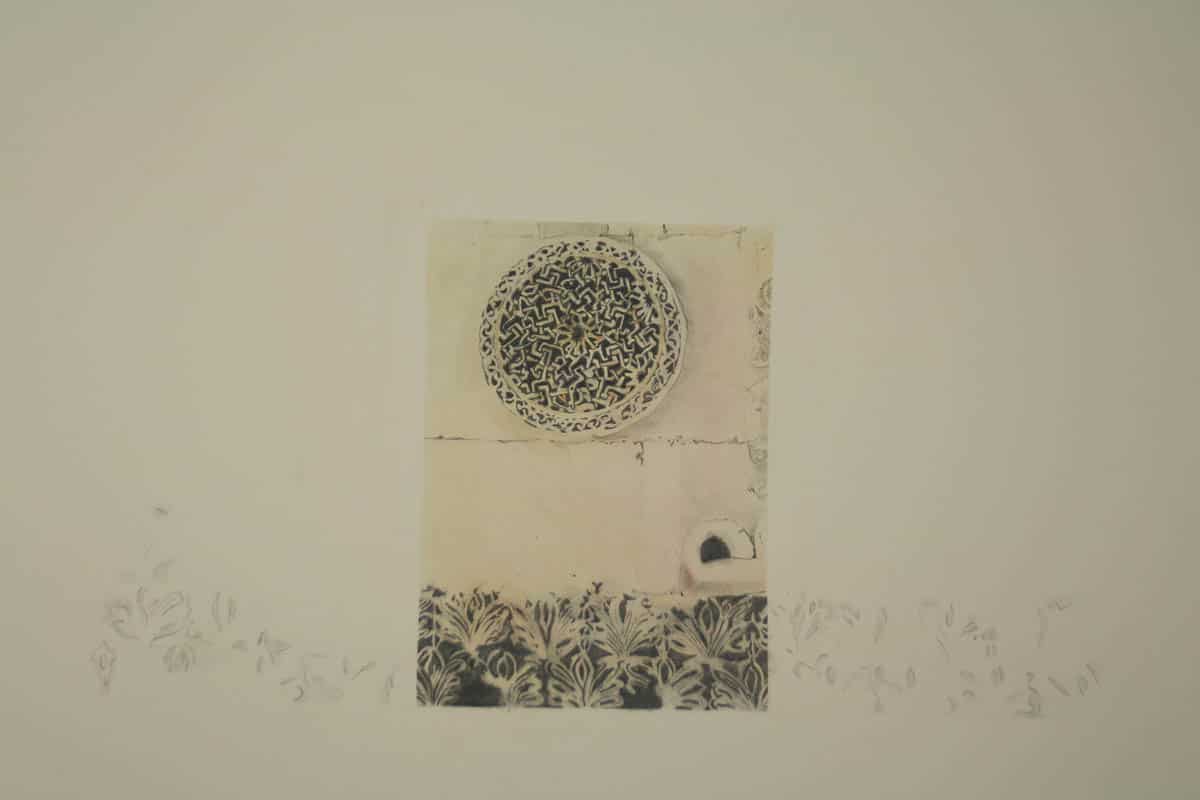 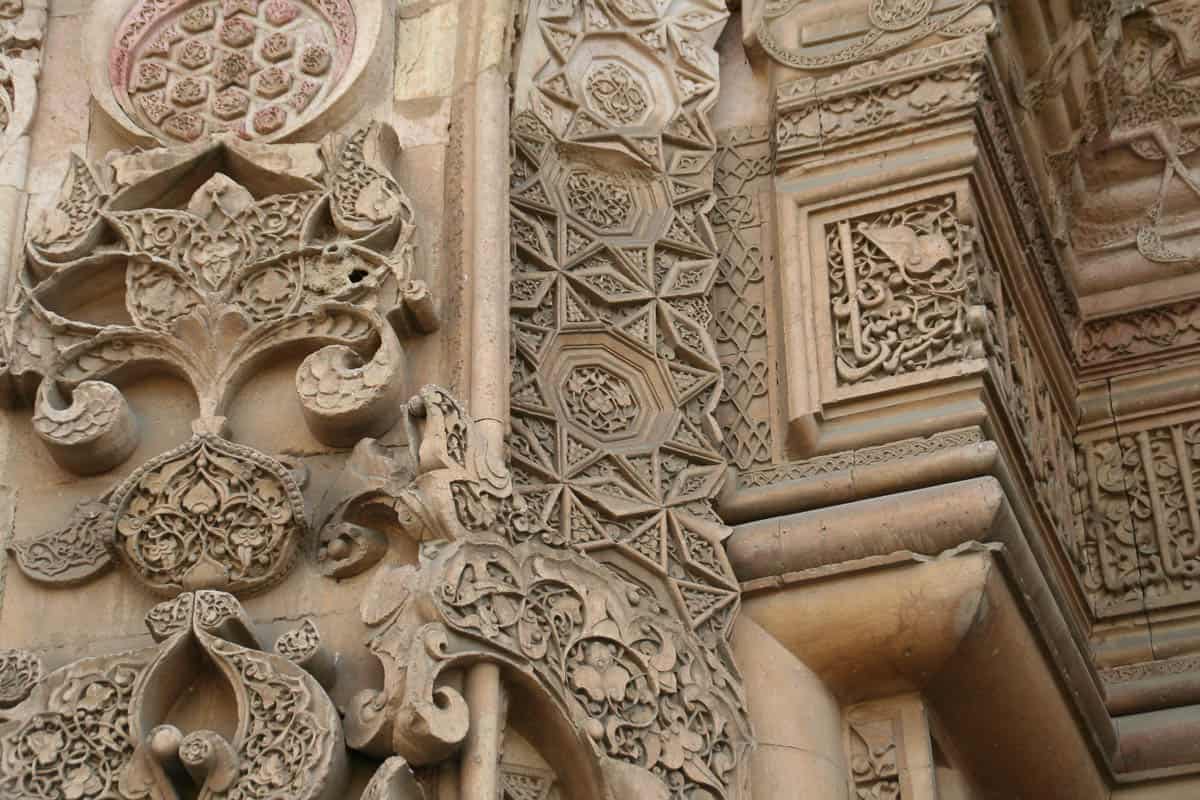 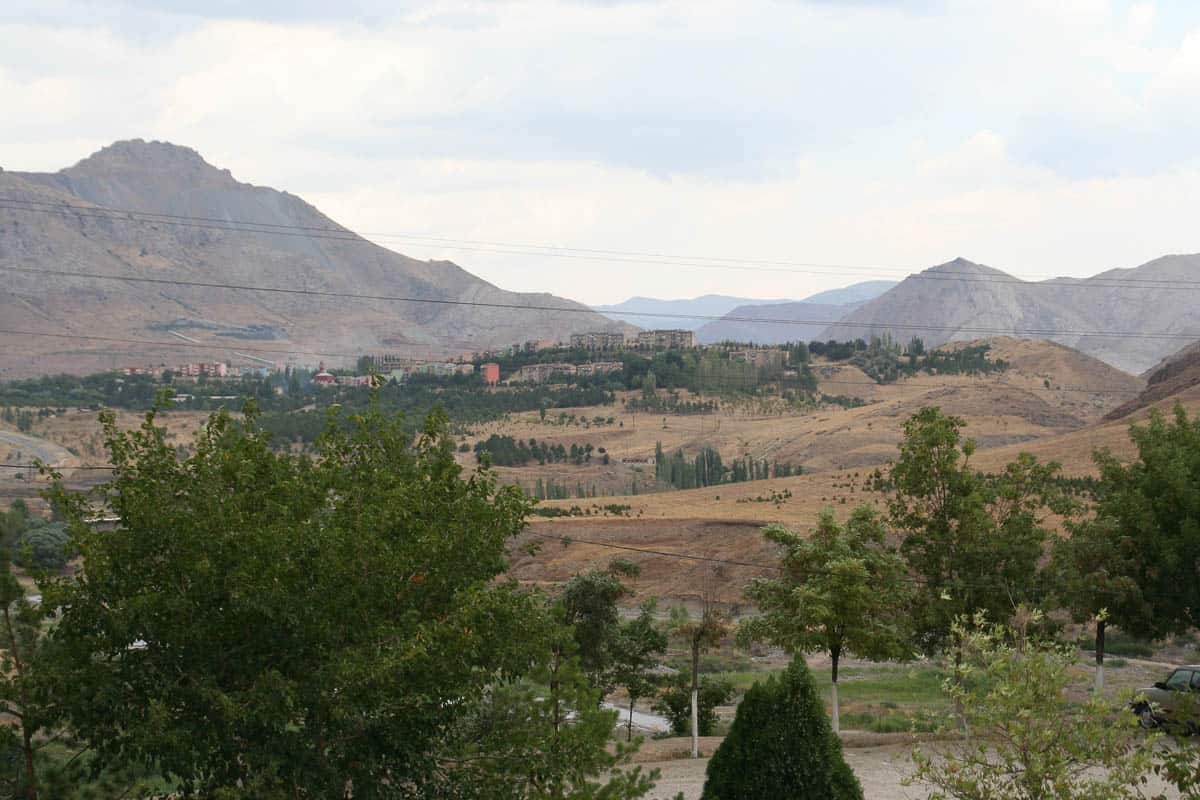 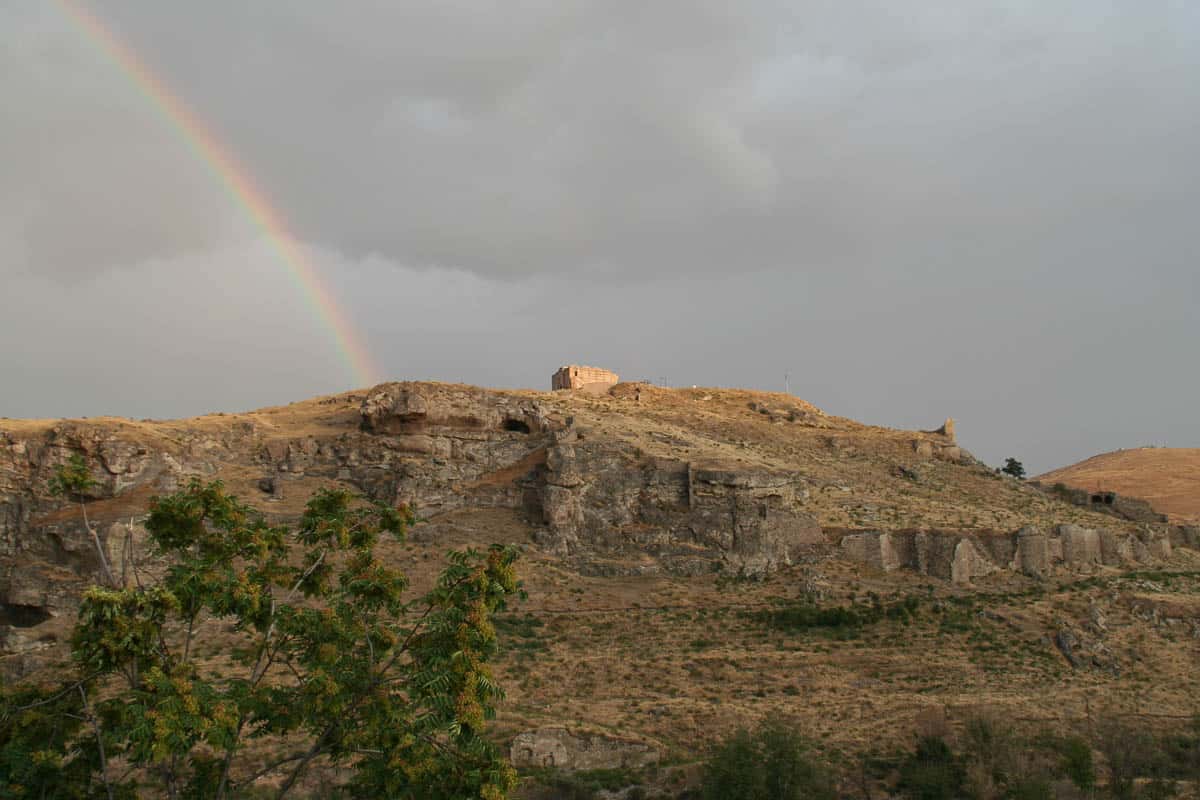