Anastylosis
Angkor Wat -- Siem Reap, Cambodia -- Built as a Hindu Temple by the Khmer, later converted to a Buddhist Temple
Second drawing in the Anastylosis Project
Researched and drawn while artist-in-residence at the Center for the Study of Religion and Culture, Payap University, Chiang Mai, Thailand, 2001-2004

Angkor Wat was originally built at approximately the same time as Chartres Cathedral, half a world apart.  It was also restored by the French in the 19th century just as Chartres was being restored. This process of restoration of both sites employed a very particular “classicizing” view of what it meant to be an old sacred space.

The metaphysical model for Hindu and Buddhist temples was Mount Meru, home of the gods.  Unlike a western cathedral, a Southeast Asian temple of this era had very little interior space.  Temples were typically enclosed by colonnaded hallways sheltering narrative carvings, mostly scenes from the Ramayana and Mahabharata, or small rooms serving as shrines.  The worshipper would circumambulate the building, meditating on the various carvings.

Many of the carvings on the pediments of the gopuras (formal gateways) have been damaged or stolen over the years, so I drew them and then ripped them away leaving symbolic fragments of the originals. Many of the carved elements on the lotus bud shaped towers are also missing. In the drawing, I replaced theses with fragments of other 12th century buildings. This was the beginning of the collage conversation continued in all subsequent drawings.

The finials crowning the towers no longer exist, so are drawn in a ghostly fashion on the backing board and are based on those preserved on other Khmer temples.  The shape of the towers and the carvings on them were meant to break up the edges and make the towers appear to be spinning – the smudging on the edges suggests that movement.

Darker areas of the drawing are interior spaces – hallways and shrines. There is a dark shaft running from the top of the central tower to ground level. While it is not certain what treasure was originally buried there, the bottom of the shaft was gild.  This is the shaft lining the sky to the earth, with a statue of Vishnu, now Buddha, at the meeting point of sky and earth. 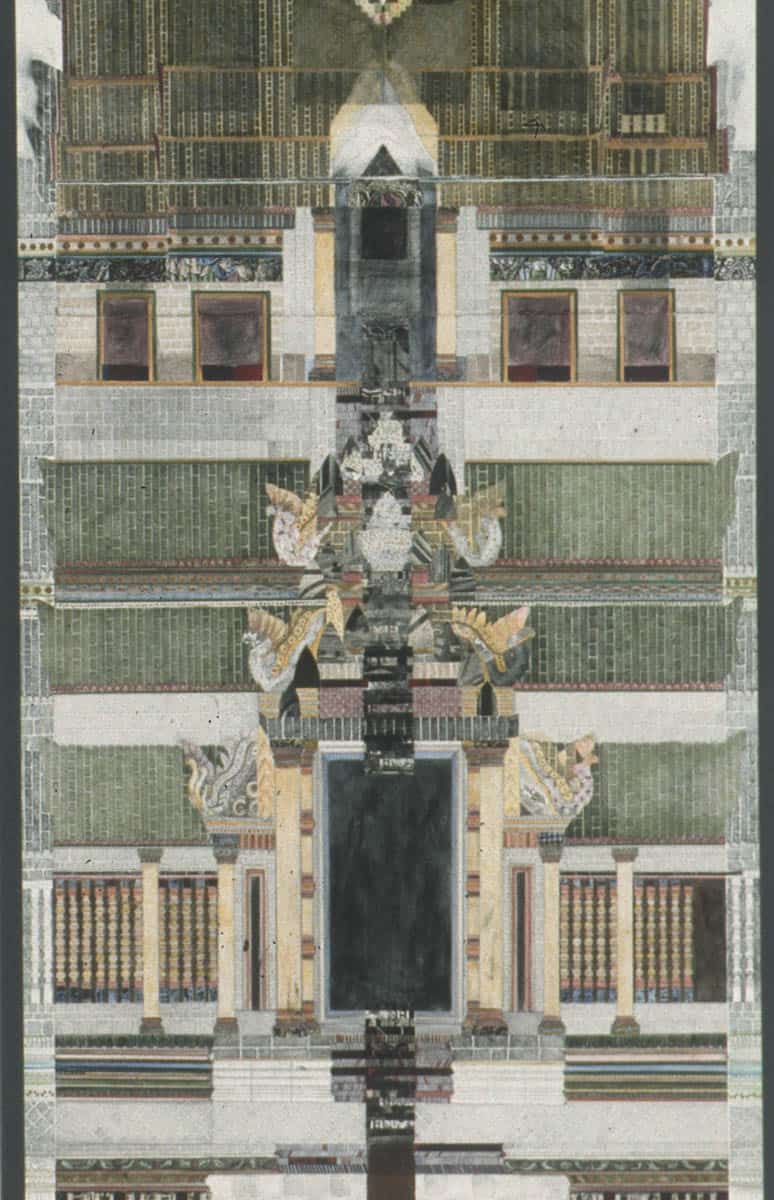 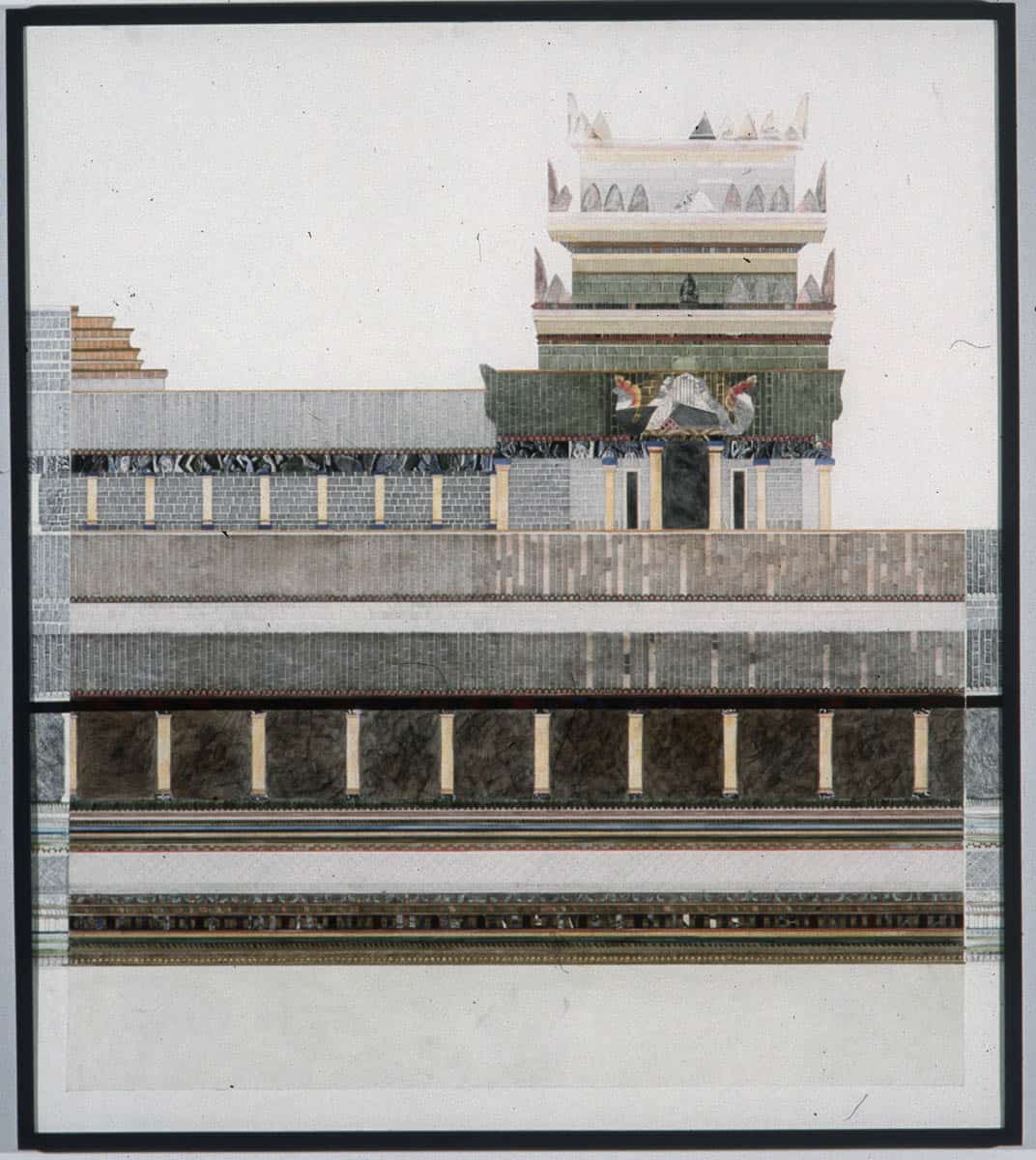 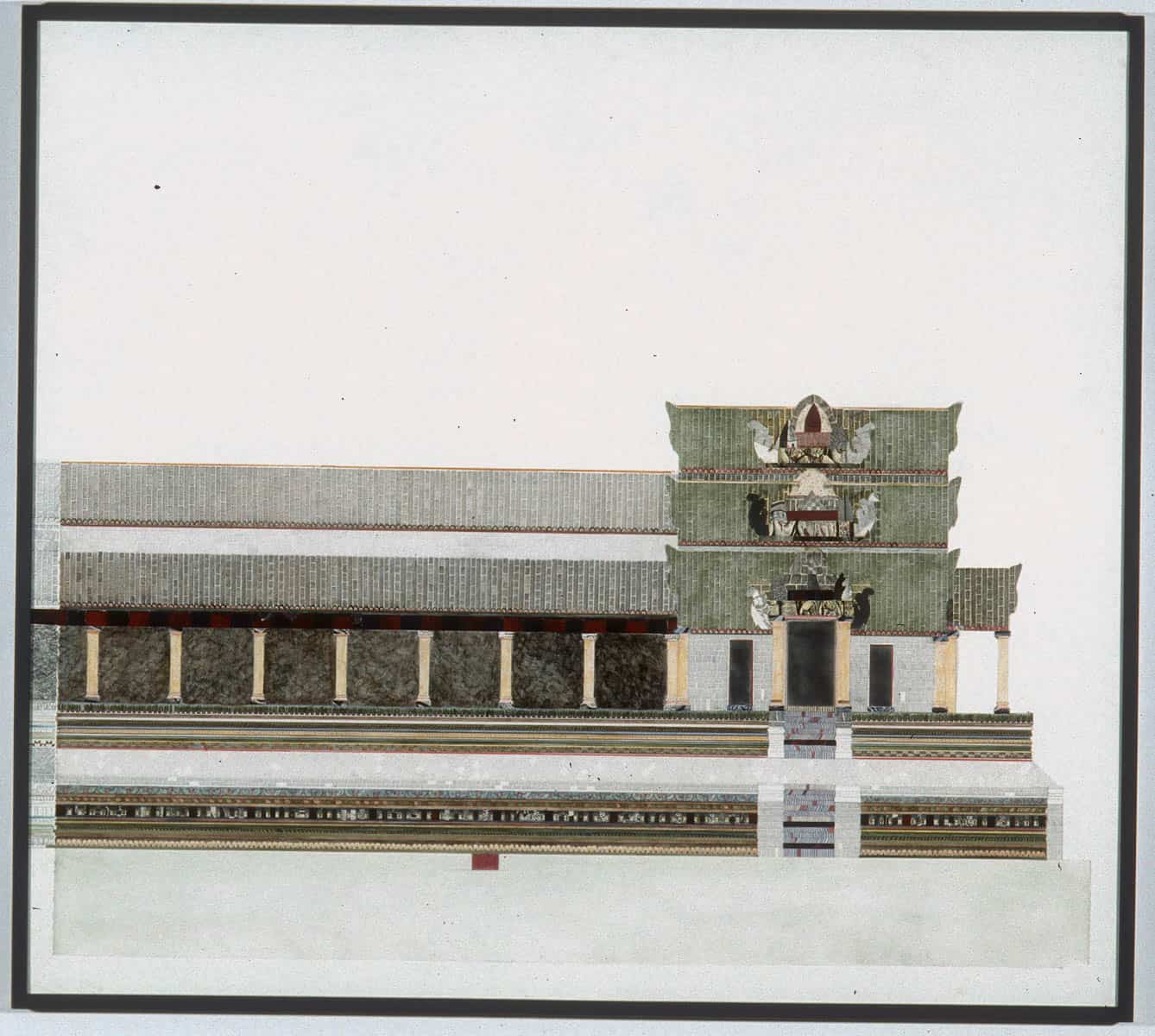 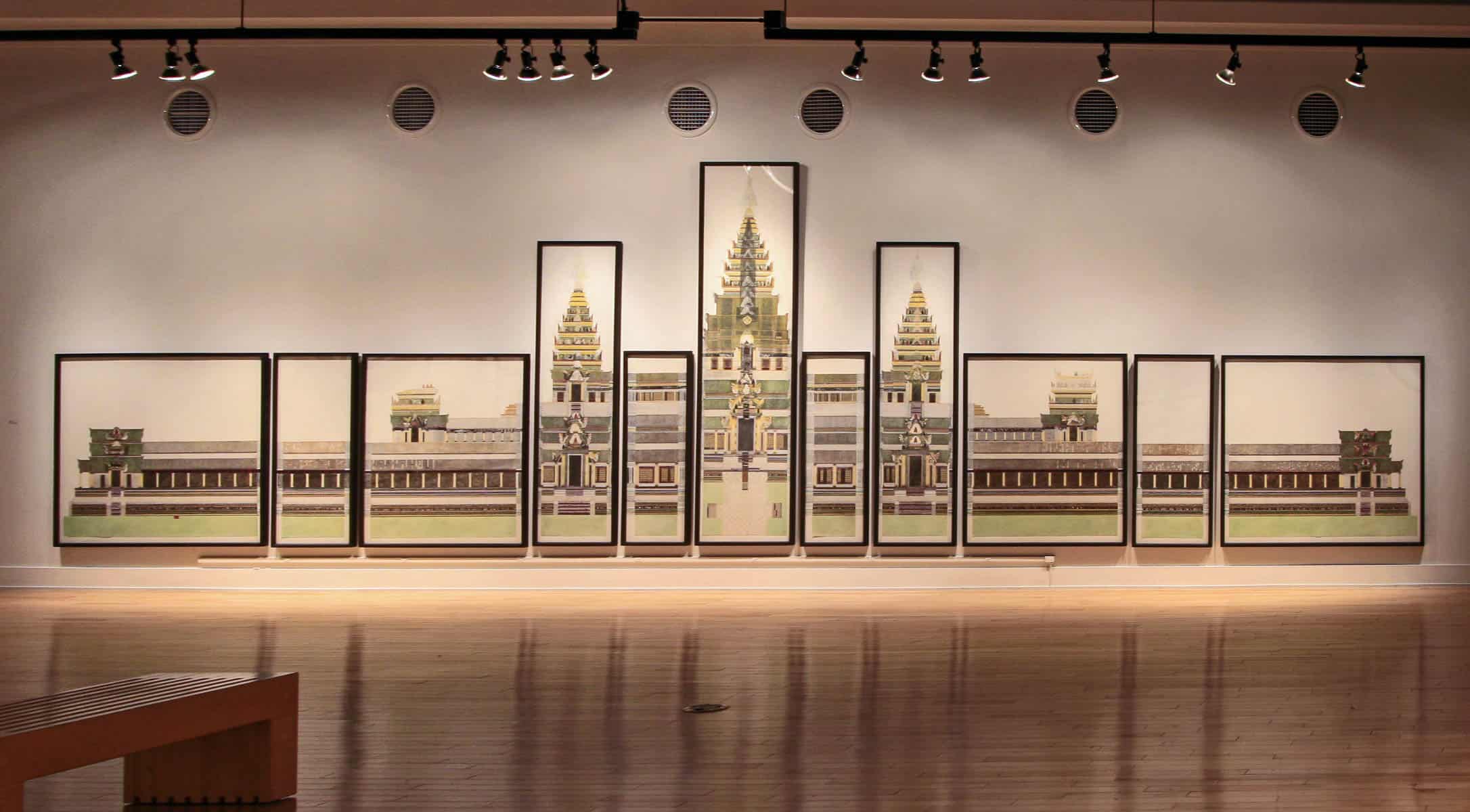 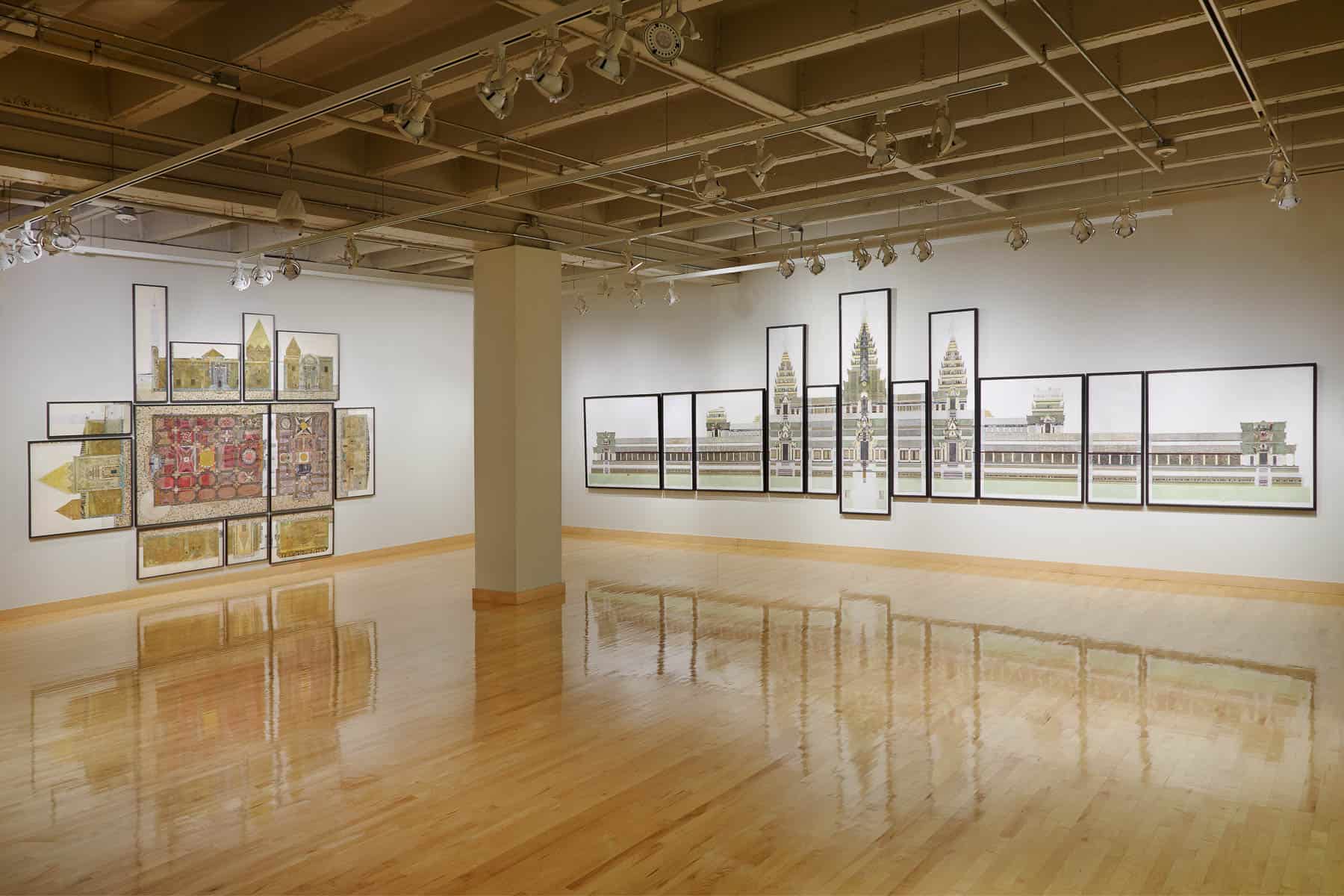