Mixed media: watercolor, graphite, ink, silver leaf, and collage on Duralar film — 52 unframed drawings — In portfolio box: 14” x 20” x 1” — Overall displayed dimensions: 16’ x 9’ Exterior of building on front of each sheet, interior and excerpts from research on verso. Can be viewed sequentially as a book or hung showing exterior and/or interior

In April 2018, I returned to Chartres, the site of my 1998 drawing, Façade, the first in the Anastylosis series. To mark the 20th year of the project, it seemed fitting to examine how my first attempt at a drawing based on imaginative rebuilding would correspond to the actual site. To return there and see the magnificent restoration was shocking at first. I had spent two years drawing the 1998 version of the building, yet time had not stood still; the cathedral has been under almost continuous restoration. Most surfaces have been cleaned of the centuries of dirt, smoke, and incense, and have been repainted as you see here. The restoration has been controversial, as there are those who more value the romantic dark atmosphere of the ages.

While the interior was surprising, I found in my time there the new interior lightness grew on me. It seems especially beautiful on cloudy days, of which there are many in central France.  I was also reminded that many of these sacred places, whether designated UNESCO sites or not, remain a living part of the surrounding community. Walter Benjamin says that sites develop meaning as part of a locality, “for its current inhabitants as well as to those who come in search of the past.” (Vigderman, The Real Life of the Parthenon, p79.)

One Sunday I was there for an ordination, and the cathedral was decorated with fresh flowers, family and friends were there, it was incense filled, and the organ music was transporting. Yet sadly, as an important religious site that is part of an active pilgrimage route and, therefore, a possible terrorist target, it was often ringed by armed soldiers. It remains a valued and sacred place, one that has carried meaning since before the Christian era. It is also a site with an ongoing story. As such, this magnificent building seems eminently worthy of being examined yet again. The texts describing the townspeople helping to build it, the care needed for removal of the windows to avoid their being casualties of war, all help me see this place as a monument to human attention, and my time spent in drawing as an homage to the time of all those who came before. I hope that viewers will take away some sense of the complexity of these old sites and a vision of something larger than current preoccupations. And, as an artist, I hope that drawings and other reproductions of these places are not all we leave to the future. 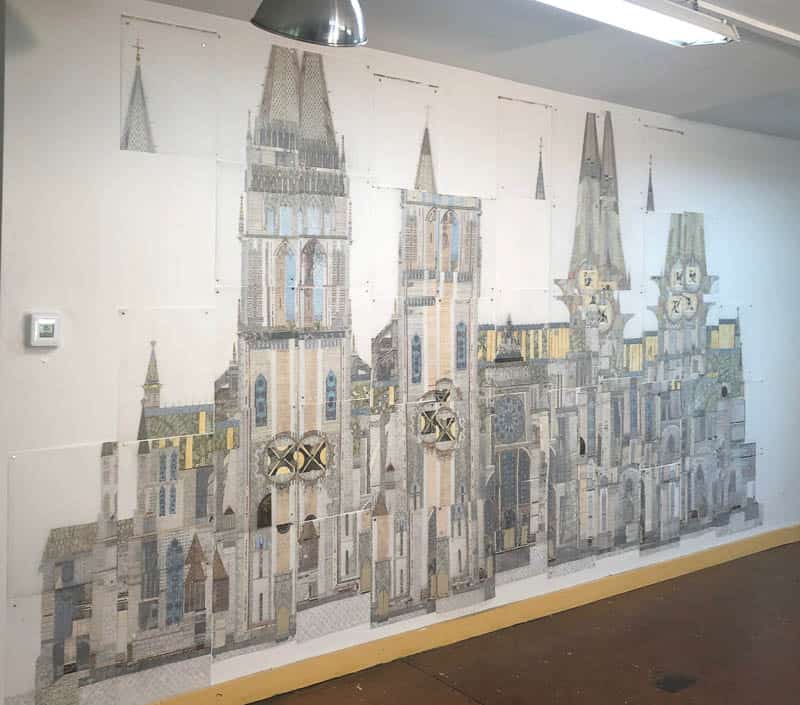 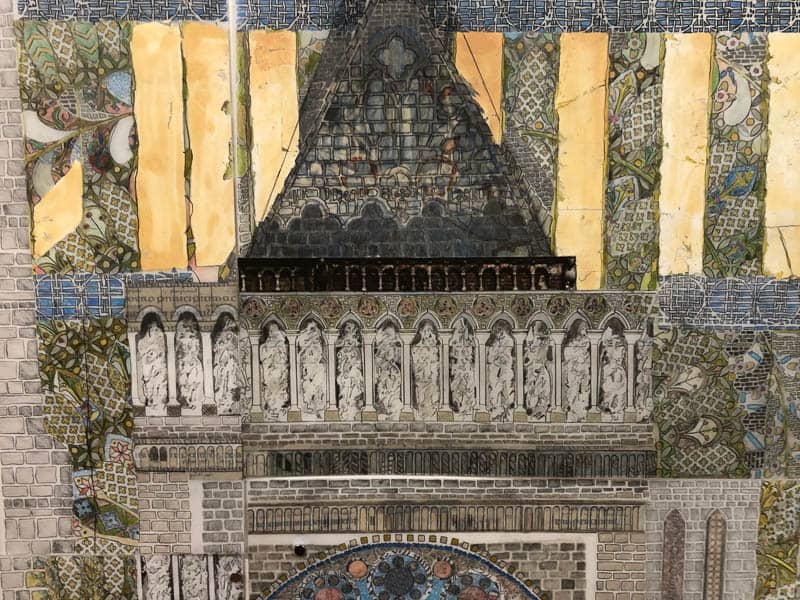 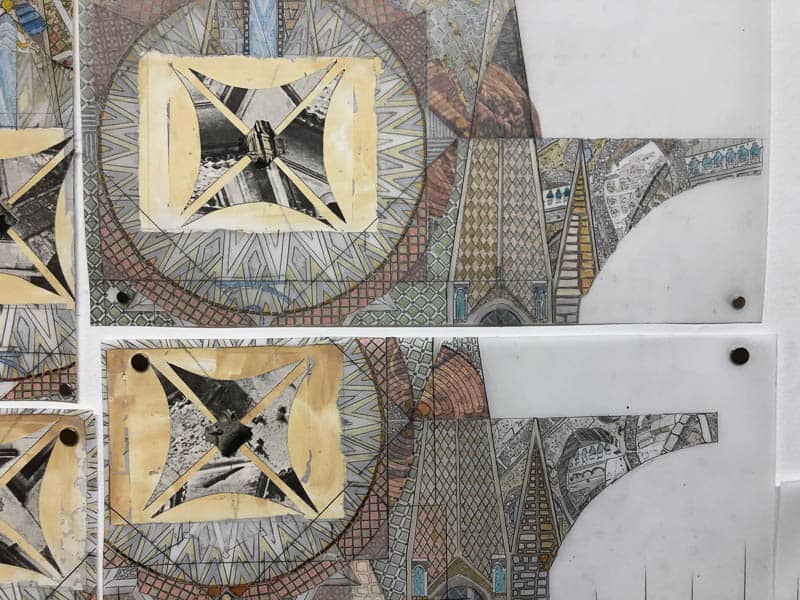 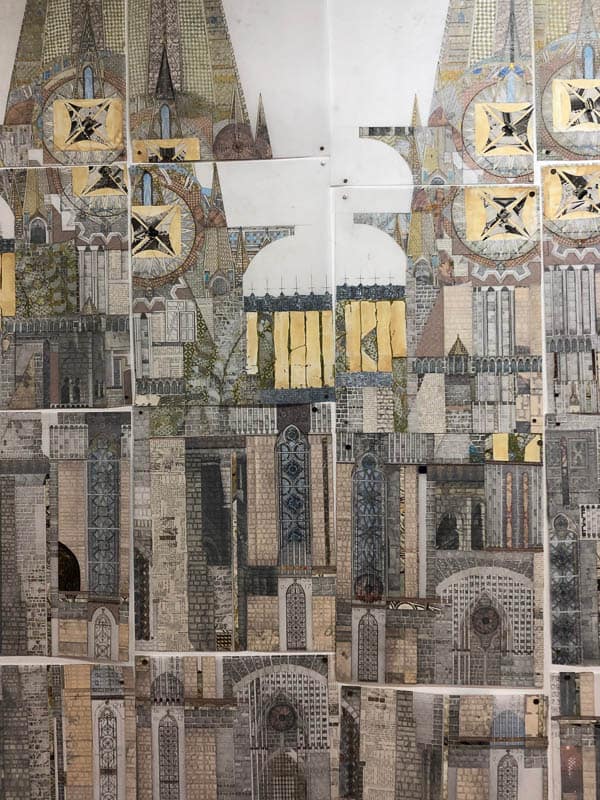 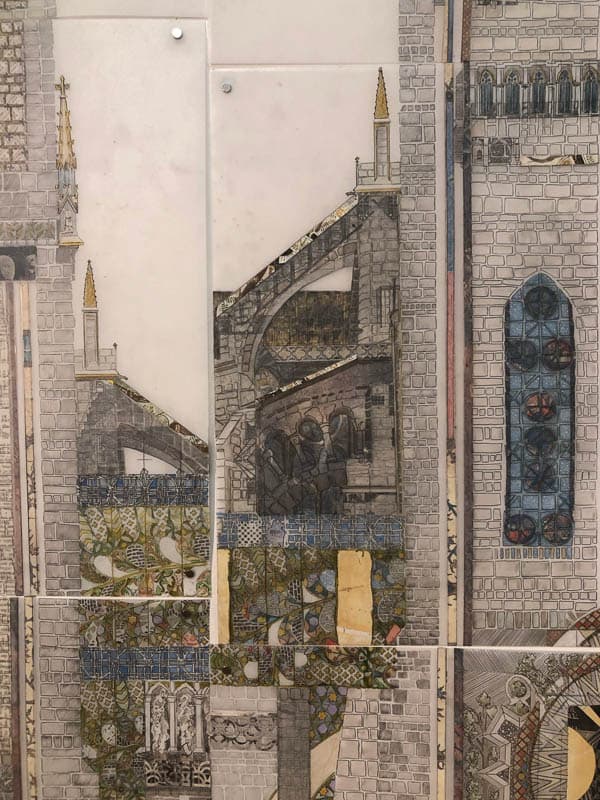 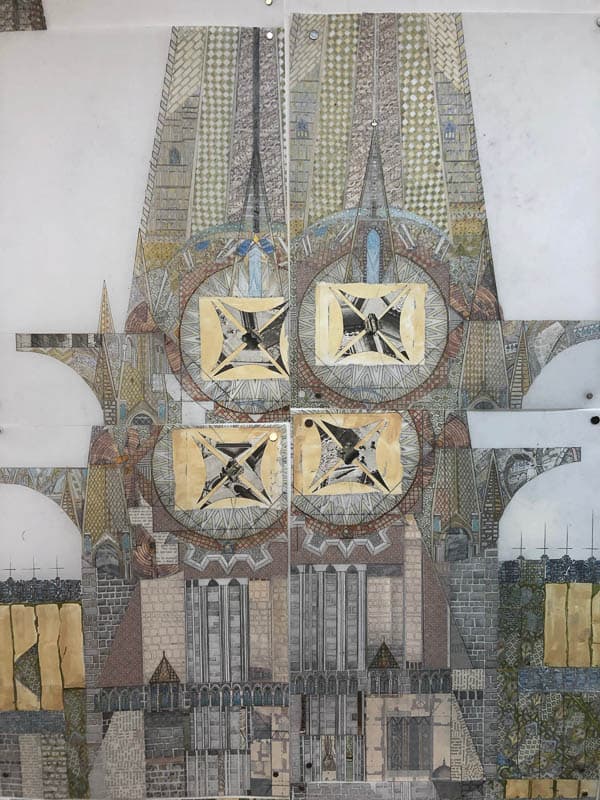 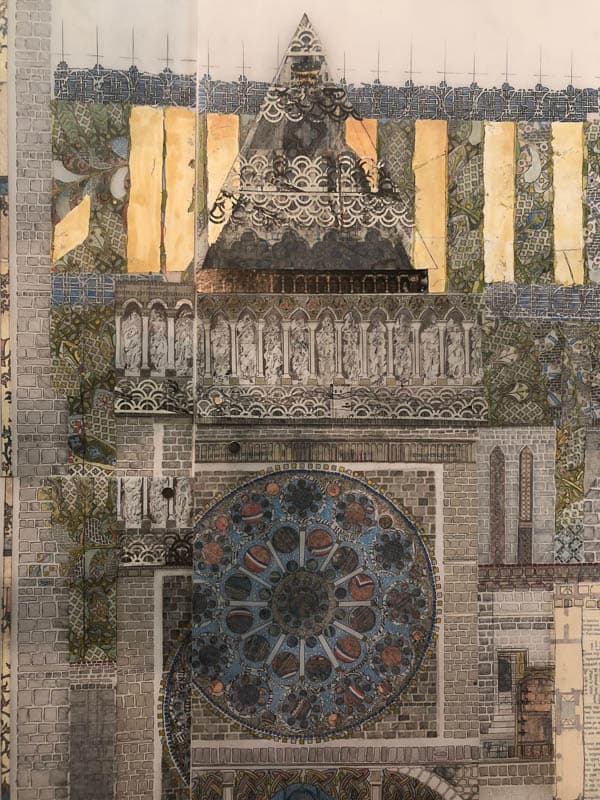 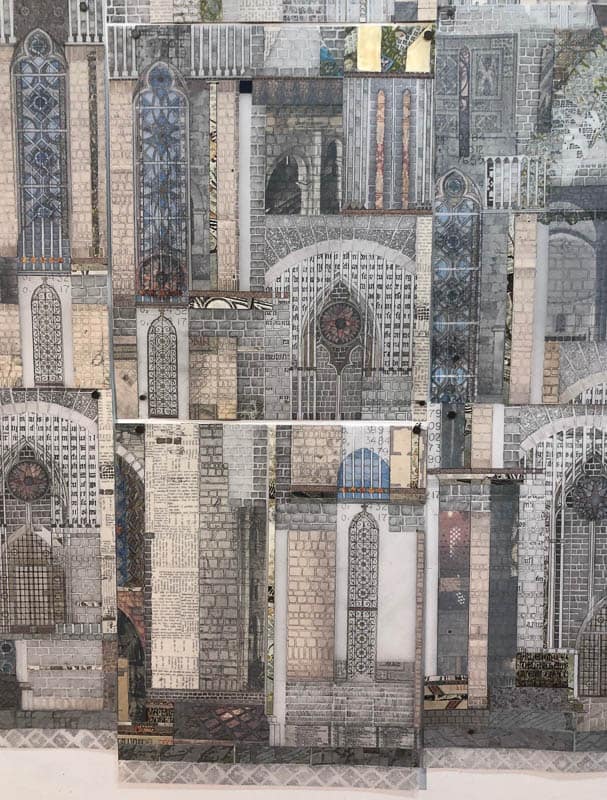