These mosaic drawings are from a series I began in 2010, and are based on the mosaic floors of the ancient synagogue in Sardis, Turkey.

As I’ve traveled through the Mediterranean world working on the Anastylosis Project, I’ve found mosaics. Created over thousands of years in Turkey, Greece, Italy, France, Spain, Sicily, and Malta, these intricate works sometimes tell stories and sometime are “merely” decorative patterns; sometimes they have been the floors over which people have walked for centuries, sometimes they have been lost or buried, only recently rediscovered. They are endlessly fascinating. 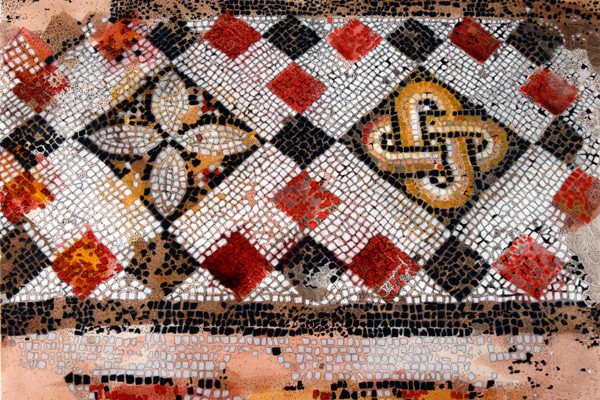 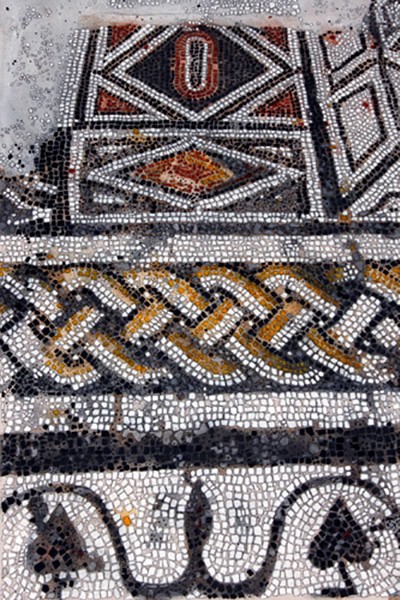 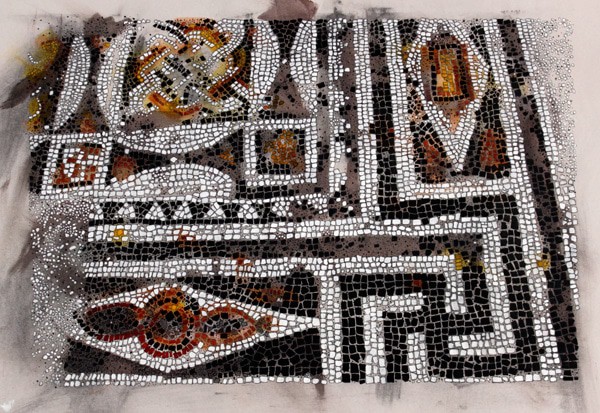 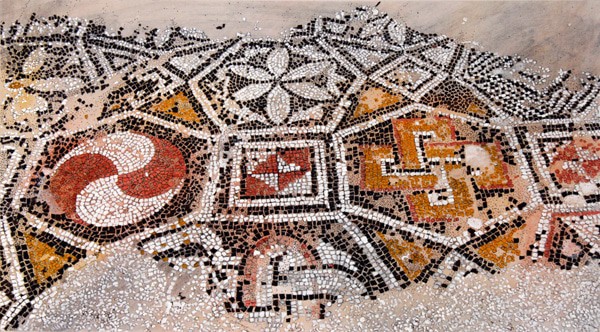 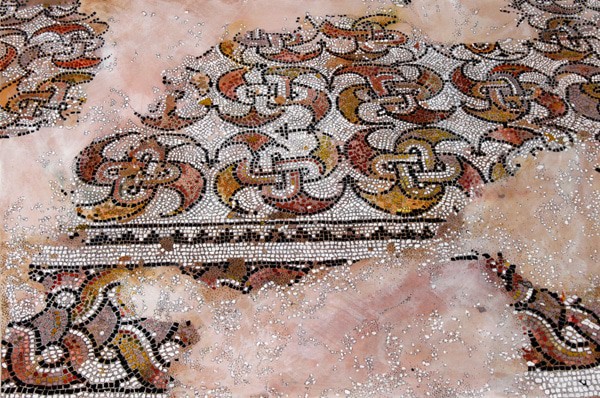